“What if you didn’t spend so much of your time taking care of business?” muses drummer Claude Cozens. “What wouldn’t you be able to do?” 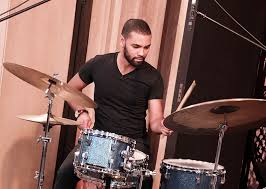 Taking care of business is increasingly dominating the time of working musicians. Digital music distribution and the stifling of arts journalism by many media means that work formerly done by record labels, managers, publicists and arts writers is now outsourced back to the musicians themselves. On the upside, at least they aren’t paying labels and managers for services that are sometimes barely token. On the downside, it all erodes the time available for creative work on the music.

For Capetonian Cozens, “I know that Hugh [Masekela] and Abdullah [Ibrahim] went the hard road. I respect that. And there are other ways of buying time to concentrate just on composing, like doing the hotel circuit in the Middle East for a while,” he reflects.  That’s a role that sometimes gives hotel management and patrons a lot of power over players – although, he adds, “doing something like that was how Keith Jarrett perfected playing ballads – and he’s the last person you’d think of in that context.”

But Cozens was growing increasingly frustrated by the pile-up of what he calls his “creative backlog”: ideas, compositions and projects clamouring to be realised while he was tied up arranging the next gig. Now, studying towards his Masters degree at the University of Bergen in Norway – he finishes in May 2019 – he has managed to liberate himself from some of that, thanks to the freedom his university programme offers. The first product has been the CD Improvisations 1, which he completed in March (https://store.cdbaby.com/cd/claudecozens5 ). 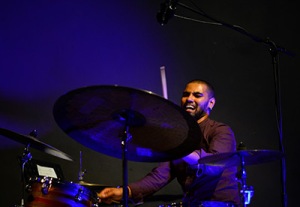 Cozens hooked up with the university while touring with pianist Nduduzo Makhathini, and was excited by what he calls the institution’s “openness”. While he’s unstinting in his praise for many of his own teachers at UCT, he feels that South African jazz curricula in higher education are too often “stuck in the 1970s”, in terms of both repertoire and the top-down, conservatoire style of pedagogy.

“At Bergen, the university is there to serve me as a student. They asked me what I wanted to do! At first I found that a bit surprising – wasn’t that their job? But because Norway has identified that American culture is not their culture, that’s brought freedom in what counts as subject matter, and new ways of doing artistic research. A performance-based masters was possible, and I could self-design my own study.”

The result will be a masters thesis constructed from what Cozens envisages as a series of CDs, where he works with a full, synthesised ensemble to “explore the possibilities of uneven rhythms and patterns […and] make them feel ‘natural’”. 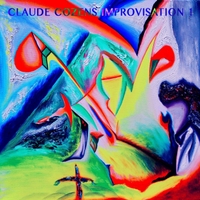 He was inspired, he says, “partly by [multi-instrumentalist] Mark Fransman. He can play any instrument he picks up. So the sound I’m going for aims to fuse that instrumental flexibility with the way DJs put mixes together. The computer these days is a powerful instrument in its own right. If I get it right, I can create something that’s multilayered: that dancers can hear as good for dancing, but that scholars can find complex enough for analysis. The possibilities are endless. I’ve got an orchestra and I can create whatever I want.”

Getting it right, he admits, is in no way easy. While the first set of Improvisations alludes to some familiar Cozens rhythmic inspirations such as ghoema beat alongside some more intricate patterns, the next installment will be “entirely complex rhythms: things like 15:8 and 13:8. It’s the kind of complexity that makes me think of what happens with African dance steps…” And as with all his work to date, “I’m aware the first attempts might suck. Everybody who wants to keep exploring as a musician has to face that.”

Cozens embraces the experimental space that synthesising the sounds offers: “The electronics offer bigger and newer possibilities, where you’re not emulating a band but actually creating a new sonic world…”

The drummer is aware of the dangers of immersing himself solely in electronics, alone with his computer. He constantly refers to the energy both live playing partners and dancers can bring to his musical thinking. He’s also aware of another danger that studio music can pose: that the producer’s own instrumental knowledge imposes its idioms on the voice of every other instrument. “You’ve got to constantly question yourself. You need to find what you can emulate, and recognise what you can’t.”

The results manage to be both convincing and entertaining: Improvisations 1 sounds like neither an impersonal experimental exercise nor a manufactured studio album. The final three tracks – Strongholds, The Babble, and Rhythms of Rain – take the rhythms out quite far towards the edges. But your feet will still find something to tap to. Before that, She Knows offers a moving piano ballad; Seventeen Again takes a turn around a Cape Town club dancefloor; and Pa Moses alludes to the history of Cape Jazz. It’s a song Robbie Jansen would have enjoyed improvising to – and invoking that name reminds us that edgy modernism and rhythmic risk-taking were always around among the city’s modern jazz players, who also produced their dissertations on disc rather than paper. Leaders of Freedom, meanwhile, alludes unmistakably (though not exclusively) to Ibrahim’s pianism.

It’s inspired, obseves Cozens in his sleeve notes, by “listening to the great artists, playing with some of them, and then sitting down in the practice room searching and crafting a sound and style.”

You get the sense that he is simultaneously luxuriating in the freedom of his current rhythmic explorations, and impatiently thinking ahead to when he can take the fruits of them back on to a live stage. “Taking the chances cold with a live ensemble that I’m trying on the recordings could be a nightmare! But that is going to happen too – I do want to take this music on to stages with a band!”

And he thinks about home quite a lot. “You get reminded all the time Bergen isn’t Cape Town – it seems like you have to take your umbrella with you every single day! And I do miss playing with the guys…”

• I talked to Claude Cozens back in March when he was home for CTIJF. He’s likely to be home again for a visit in July