Spring and Heritage Month have arrived, so prepare for a flood of events linked to whatever the organisers think they can market as heritage. Sometimes this is done thoughtfully and creatively; sometimes it’s merely an opportunistic, apartheid-style, reification of “tribe”.

Rereading a 20-year-old interview I’d conducted with the late Bheki Mseleku, I came across his iconoclastic question: “If I’m abroad and I hear people talking Zulu, it draws me to talk – but then comes the question: what are we going to talk about?”

How you grew up, and the community you grew up with, form part of everybody’s identity – but only a part, and not one automatically exempt from questions. Culture changes. In South Africa, much now set in stone was actually very selectively re-designed by the colonialists for the purposes of social control: foregrounding authoritarian, patriarchal and often antagonistic relationships between people. Read Govan Mbeki if you doubt that. And as we live, and create, and enact our own personal and cultural relationships, we are making heritage that we’ll leave to our successors. It wasn’t all fixed centuries ago.

One beautiful example of this kind of cultural flux and growth is the modern jazz shaped in the Cape, primarily among Xhosa-speaking peoples: the sound celebrated in Andile Yenana’s Umngqungqo Wabantu project at the Orbit on September 1. The roots of Xhosa language and music track back to the Khoisan people whose sounds, instruments and collective music-making still echo today: ‘clicks’; flutes and bows; the heptatonic scale; the oscillating harmonics of a bow’s stretched string; a polyphony of human and instrumental voices, each cycling through its own

sequence of notes and beats (see https://meyoumankosi.wordpress.com/2010/05/30/a-lesson-in-xhosa-music-appreciation/ and https://www.youtube.com/watch?v=MYj-55T6Uzs ) and adding its own “salt” to the tune. The most powerful of these performances and compositions come from female master musicians such as the late NoFinishi Dywili, Madosini (https://www.youtube.com/watch?v=yEve7Yrw8iM ) and the Ngqoko singers of Lady Frere, so Yenana’s gendered situating of the tradition – and his drawing of melodic themes from ceremonial women’s song – was the right one. 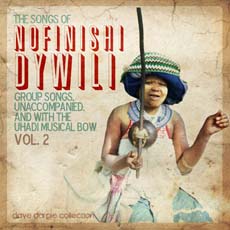 But more modern influences are there too. Since many Cape music-makers learnt formal music at hymn-singing mission schools, you’ll also hear sonorous pentatonic scales, which immigrated and settled with Scottish missionaries. Add to those all the imported jazz records avidly consumed, since the 1940s, by afficionados around the region: discussed, dissected, emulated and offered to younger players as exemplars in spots like the original Monde’s Place. (It’s since had many successors, across the country.)

All of these streams came together to create an approach to both listening to and playing South African jazz that, from its earliest days, put up no walls at all between the more formal conventions of mainstream, and the joyous individuality-within-collectivity of free improvisation. (Listen to Yenana and Feya Fezile Faku discussing the Xhosa jazz tradition here: https://www.youtube.com/watch?v=Lk2LdoPmu9U That seamless, barrier-free musicality was personified in one of the first fathers of the music, the great Christopher Columbus Ngcukana.

And that’s what we heard from Yenana’s project which – like the SA jazz community from its earliest days – staked no territorial claims to the sound, involving, as the press release put it “a band consisting of amaXhosa, moTswana, umNdebele, iSwati, and an Argentinian.” That’s how it needed to be listened to: not as one solid block of music, but with your ears constantly switching between Siya Makuzeni’s growling vocalese, Tumi Mogorosi’s intricately patterned rhythm underlays, Sydney Mavundla’s astounding ventriloquism with the plunger mute, Nhlanhla Mahlangu channeling Eric Nomvete through a very modern soul sensibility, and Yenana’s conversations with bassist Ariel Zamonsky. Listen to one and tune out the others; listen to two and how they play off against each other; let your ears, intellect, body and soul create your own unique blend from the ingredients.

There’s no recording of the project (yet – but this project must go on record). So here are a baker’s dozen more jazz sounds from the Eastern Cape – omitting some powerful albums such as Lwanda Gogwana’s Uhadi Synth and Feya Faku’s King of Xhosa which I’ve covered before in this blog – to kick off heritage month, offering an opportunity to start exploring the roots and shoots of the music. It’s nothing like a comprehensive selection, but I had to stop somewhere… (And if you think there are any disastrous omissions, write and tell me)

Ezra Ngcukana and Friends: You Think You Know Me https://www.youtube.com/watch?v=rQz1Ue9z6jQ